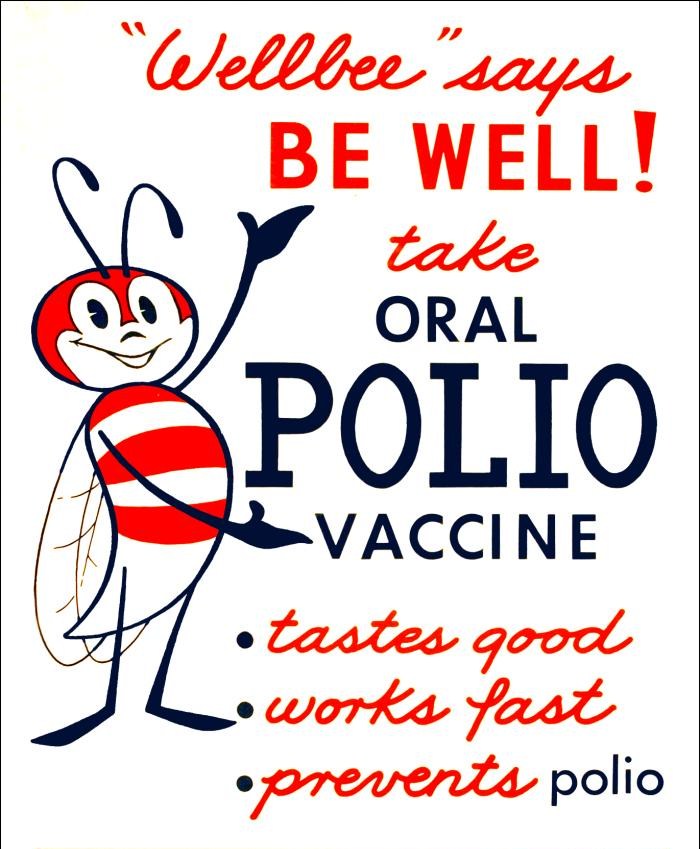 The 12th April, 2015 is the 60th anniversary of one of the pivotal points in medical history, when results of the clinical trial of Salk’s polio vaccine showed it was safe and effective in 80-90% of children. Today we have witnessed a 99% worldwide reduction in polio and organisations such as the Gates Foundation are striving to rid the globe of that last 1%, although it still persists in Nigeria, Pakistan and Afghanistan.

Before Jonas Salk, the prevailing wisdom was that vaccines had to be made from the living virus. An early live polio vaccine however, led to the deaths of children, which unsurprisingly put the breaks on further development for several years. Salk worked on the idea that a dead virus (inactivated with formaldehyde in the case of polio) would still elicit an immunological response and provide the vaccinated individual with the army of antibodies needed to fight the disease. Leading virologists of the time, such as Albert Sabin, disagreed that a dead virus would be effective and Salk found himself battling the scientific orthodoxy of the day. A small scale safety trial was first carried out with Salk’s vaccine in children that had naturally recovered from polio. The success of this trial then led the way to larger-scale trials. The final clinical trial included a placebo group, which Salk was unhappy about on ethical grounds. Salk himself was kept out of any involvement with this final trial to ensure an impartial assessment. In fact, the design of these studies laid the foundations of many clinical trials to come.

Sixty years ago today Salk’s approach was vindicated, and he became an overnight celebrity. He refused to patent the vaccine, saying it was science’s gift to mankind. Some years later his main opponent, Albert Sabin produced his effective vaccine but also declined to profit from through a patent.

Before Salk’s vaccine, polio caused untold mystery and death. In the 1930-40s the summer months heralded the start of the polio season. Parents of the poor and wealthy alike lived in terror of the disease that seemed to strike at random. In 1952 there were 58,000 cases of polio in the United States which led to 3145 deaths. The UK of the 1950s, there were an average of 8,000 cases of polio per year. The Salk vaccine became available in Britain in 1956 which was followed by the Sabin vaccine in 1962. The polio epidemic of the 1940s-50s rapidly fell away and thankfully has not returned.

The overriding success of vaccination is one of the great medical victories against infectious disease. To deny their huge therapeutic impact is to deny history and a vast mountain of evidence, but this does not stop a minority anti-vaccine lobby from very vocal objection. Some diseases of the past are now returning because of doubt sown in the minds of parents by the likes of the now discredited Andrew Wakefield

How is it possible to turn our backs on the history of infectious disease that is still within living memory? The story of Salk is a triumph of the scientific method and we should remember this anniversary as a milestone of rationality, else we turn back the clock and return to an age of superstitious pseudoscience to herald the return of the plagues.