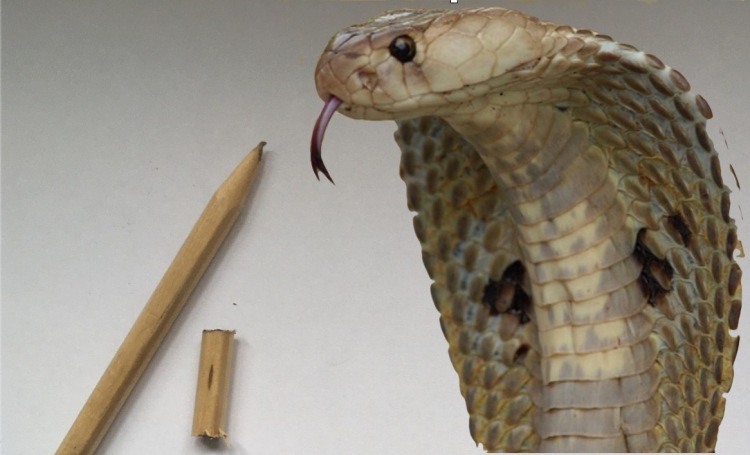 Here in the UK we are in the conference season, when political parties get together to tell the faithful what they intend to do if they get into government. Not being a political blog, I’m not commenting on proposed tax cuts, or increases in government spending, or public schools,* or homelessness, or anything else, but I would offer a few words of caution. What might seem sensible policies to the faithful, they might do well to remember human behaviour doesn’t always conform to the intention. Allow me to provide two examples.

During the time of colonial India, Delhi became overrun with poisonous cobras. The government therefore instigated a policy whereby every cobra killed earned a bounty. It sounded like a sensible approach and soon the number of cobras started to fall. This was until someone saw a money making opportunity and began to farm cobras to claim the bounty. Several farms sprang up and were quite lucrative until the authorities caught on and abolished the cobra bounty policy. Not knowing what to do with all the farmed cobras, they were released into the wild. What seemed a sensible policy to ameliorate an excess of cobras actually ended up causing a deluge.

The other example goes back to the days I worked for ICI and I attended a talk by the then chairman John Harvey-Jones. He told a story, probably apocryphal, of a micromanaging supply manager who became alarmed by the number of pencils being booked out of the stores. Believing the pencils were being taken home by employees, he issued a policy that required presentation of a pencil stub before the store could issue a new one. He underestimated the employees however, because they began cutting up pencils into pieces of the required length and presenting them at the stores for replacement. Pencil consumption increased exponentially.

Both of the above examples are known as the cobra effect, named after the incident in India. There are no end of other examples where action with good intention ended up achieving the exact opposite to what was intended. I think the political parties should be cognisant of the cobra effect, less they too get bitten.

* for readers outside the UK, we call private schools public schools and those run by the state, state schools. The rather confusing naming arose in the 18th Century when some schools started taking fee-paying pupils from anywhere in the country, whereas other non-fee paying schools only took local pupils. Hence the names public and local schools developed, which are now known as public and state.