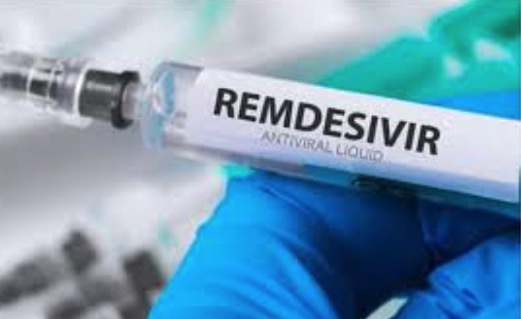 Financial markets rallied on the news

“Gilead surges after WHO says remdesivir may combat coronavirus”

Others were more cautious, with the Financial Times headline, “Gilead’s coronavirus drug: why experts are cautious on its prospects”

Overall, my advice is, be careful about getting your science from the general media because it’s the sensational headline that usually sells.

Enthusiasm comes from a clinical trial of about 1,000 patients where recovery was shortened on average from 15-days to 11-days, but there was no recorded increase in the survival rate. Assuming investigators can repeat this result then it’s only moderately effective, but another study of just over 200 patients showed no statistical difference in effect. The 1,000 patent study is currently unpublished and the 200-patent study suffered problems recruiting participants and was foreshortened. The data so far really don’t support the headlines, but then again the equivocal nature of the trials doesn’t mean remdesivir doesn’t work – the fact is, at this time, we don’t know. The focus of this blog post however, is not on the clinical trials but on how an antiviral drug such as remdesivir works.

Gilead Sciences original developed remdesivir to treat ebola, another viral disease but with a much higher fatality rate than SARS-CoV-2. Remdesivir itself is not active against viral infection, but has to be metabolised in the body to its effective form. Known in the business as a prodrug, it has a phosphorus containing molecule added to its structure as it enters the cell. Why, you might ask? There’s nothing new in prodrugs, the well known and long-standing analgesic codeine for example is similar. It’s metabolised in the body to morphine, which is the active pain-killer. The reason for this somewhat circuitous process is because the active forms of the drug (phosphorylated remdesivir or morphine) find in hard to get through cell membranes to reach their site of action. And so instead, they are given in a form which can cross membranes, where they are metabolically converted to the active drug. Developed in a collaboration between Gilead, the U.S. Centers for Disease Control and Prevention (CDC) and the U.S. Army Medical Research Institute of Infectious Diseases, remdesivir was aimed at treating RNA-type viruses such as ebola, but also subsequently the coronaviruses responsible for SARS and MERS. Remdesivir is directed at a viral, as opposed to a mammalian biochemical system. The target in this case is the replication of viral RNA (mammalian cells replicate DNA and RNA acts as the messenger to make proteins). The structure of remdesivir is similar to base-molecules in RNA (nucleoside analogues) which then interfere in the replication process. Another drug of this type is zidovudine (AZT) successfully used to treat HIV.

Used during the West African Ebola epidemic of 2013-2016, remdesivir proved to be a promising drug but other treatments called monoclonal antibodies proved superior (monoclonal antibodies – or mAbs are outside the remit of this blog post – but perhaps another time). The clinical trials with remdesivir and SARS-CoV-2 weren’t exactly spectacular, but with a rational mechanism of action and data to support its action against RNA-type viruses, we shouldn’t dismiss remdesivir just yet. But of course, as they say, other drugs are available and it’s early days regarding any pharmacologic intervention. Not very scientific I know but let’s keep our fingers crossed remdesivir, or one of the other drugs, comes through.